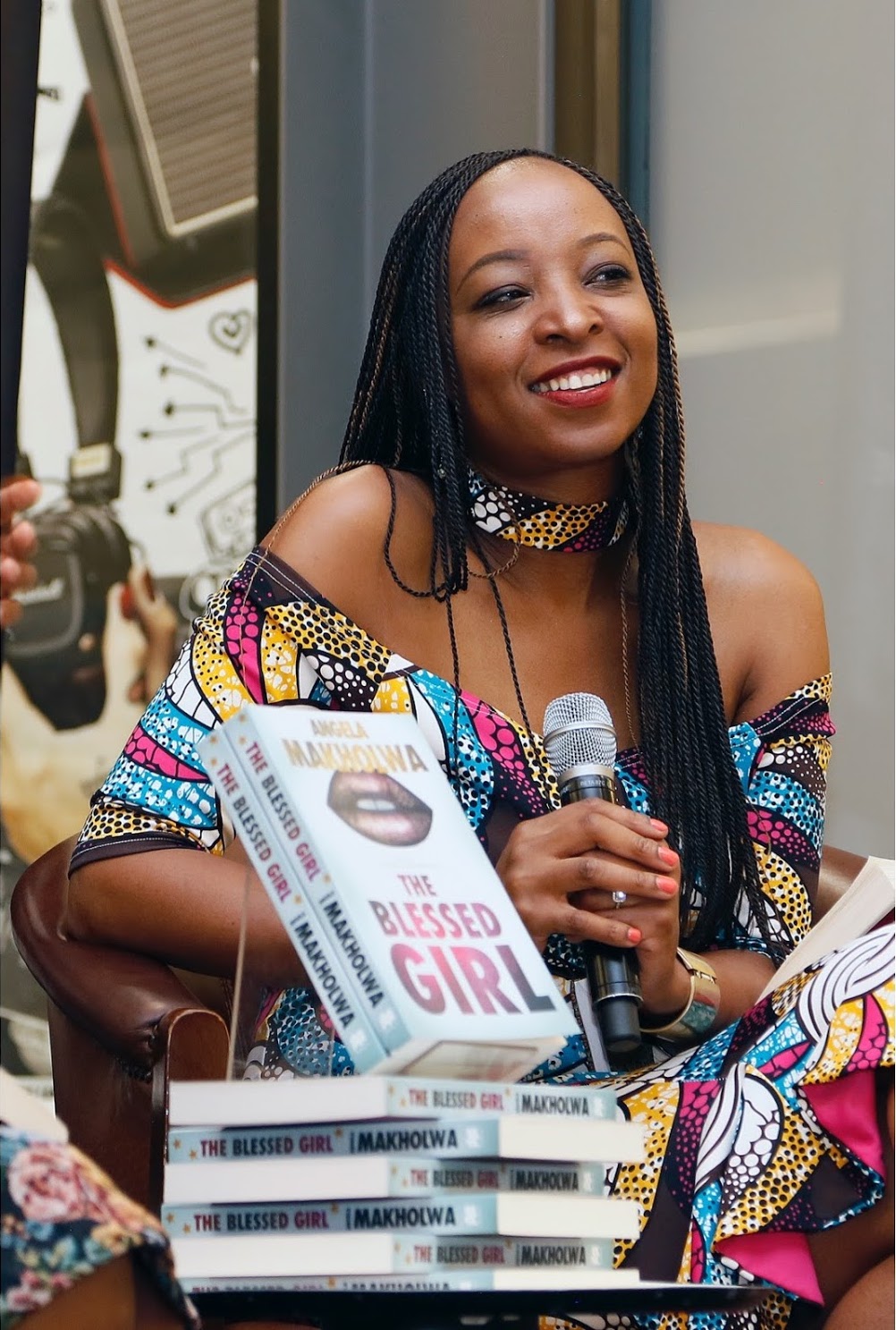 Angela Makholwa Moabelo is a South African author born and raised in the East Rand township of Tembisa. She started out working as a crime reporter. The case of a real life serial killer who approached Makholwa to write his story inspired her first novel, Red Ink, which was published by Pan Macmillan in 2007 and is the first South African crime fiction written by a female black author. Angela went onto publish The 30th Candle in 2009 and The Black Widow Society in 2013.

Angela has gained critical and popular acclaim for her contribution to African literature and has been nominated for several literary awards. The crime and women’s fiction writer has been invited to speak at a number of local and international literary events and is committed to the advancement of literature on the African continent.

She works with a number of South African writers to encourage the love of reading amongst township and rural youth through various initiatives, including Read SA, a non-profit organisation.

When she is not writing, Angela runs digital marketing and communications agency Britespark Communications in Midrand, Johannesburg and is Non-Executive Director at legal insurance company, LIPCO Law For All.